It's Love of Story Wednesday which means it's time for a new author interview. Today I have the pleasure of interviewing Ane Mulligan. 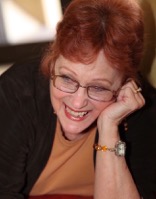 Hello, Ane. Can you tell us how you developed a love of story?


My mother read to me from the time I was an infant. She helped me learn to suspend disbelief, and we’d travel to worlds otherwise unknown to us. By the time I started kindergarten I could read for myself. From then on, I devoured books. When I reached the age of 10, I was allowed to spend every Saturday morning in the library. I thought it was what Heaven must be like.


LOL. So you developed a true love of books and reading at an early age. When did you realize you wanted to become a writer?

I wasn’t one who knew from an early age that I wanted to write. I wanted to act on the stage. Broadway was in my future! Still, I had a head filled with stories and I played them out with my dolls. I told stories in school too, only back then, they called it lying. I spent a lot of time in the principal’s office.

Chuckle. Sounds like you had an active imagination. :) How does faith play a part in your writing?


My faith is the foundation of my worldview. It’s the filter through which I see and do life. In the Chapel Springs series, a couple of my readers have mentioned in reviews how my main character has grown in her faith. I love that they caught that.

That's neat. Tell us about your new book.

Home to Chapel Springs continues the escapades of the Chapel Springs residents. It even has a rumored theatre ghost. It’s also the story of a woman who finds her birth family and comes from my heart. You see, in 2009, I found my birth sisters. Your readers can find the entire story on my website, under My Adoption Story. For me, it was a benchmark day. I’d always wanted a sister.


Wow! How precious to be able to connect with your birth sisters. What do you want readers to come away with after reading your books?

That God is faithful with our dreams and He’s big enough to handle anything we might throw at Him. Finally, that God has a wonderful sense of humor. I should know. I often hear Him laughing at me.

Thanks for the reminder that God is faithful with our dreams. What are you working on now? 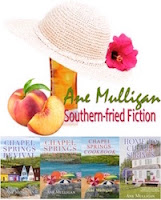 I’m writing the 4th and last book in the Chapel Springs series. It’s called Life in Chapel Springs. I’m also in the discovery stage of a stand alone novel.


You are a busy woman. Here's a little more about Ane and her new book.

Ane Mulligan writes Southern-fried fiction served with a tall, sweet iced tea. She firmly believes coffee and chocolate are two of the four major food groups. Novelist and playwright, Ane is the executive director of Players Guild@Sugar Hill, a community theater and president of the award-winning literary site, Novel Rocket. She resides in Sugar Hill, GA, with her artist husband and a dog of Biblical proportion. You can find Ane at her website, Novel Rocket, Facebook, Twitter, Pinterest, Google+, and her Amazon author page.

There’s always someone new in Chapel Spring, either coming home or stirring up trouble.

Bestselling author Carin Jardine’s latest book is a flop. While the reviewers are happily skewering her, her racecar-driver-husband walks out on her and she’s evicted, because he hasn’t paid the lease on their condo for the last three months. Then she discovers he also he drained their bank accounts. Homeless and broke, she and her little boy have no choice but to retreat to the house she inherited from her nana in Chapel Springs—the house that’s been gutted. Then, a stranger knocks on her door. One that will change the course of her life.

After the residents thwarted Howie Newlander’s plans for a Miami-style resort on Chapel Lake, he’s running for mayor and spreading rumors about diverted water and misused taxes. The Lakeside Players want to remodel the town’s old theater, but it’s rumored to be haunted. When Newlander and Mayor Riley go head-to-head, Claire gets caught in the middle.

Claire’s youngest daughter is in love with a young man whose daddy is none other than Mayor Felix Riley…the man who man who blames Claire for every wrong in Chapel Springs. Having him part of her family isn’t in Claire’s plan. The years of her heartache should warn her daughter off this boy. So far, her daughter’s heart isn’t hearing the warnings.

With hearts pulled in all directions, will they find a home in Chapel Springs?

I don't know about you, but Ane's series sounds like a fun read.