I've decided to take a brief hiatus from blogging. Things have been really busy with the final days of homeschooling, and preparing for my son's final evaluation, and graduation in less than three weeks. I look forward to getting back to writing once we've accomplished this mile stone in our lives - completing 16 years of homeschooling. Whew! I hope to return in mid May. :)
Posted by Jodie Wolfe at 10:47:00 AM 1 comment:

Race Against Time by Kimberley and Kayla R. Woodhouse

Race Against Time by Kimberley and Kayla R. Woodhouse weaves the tale of lonely, Anesia Naltsiine and her thirteen-year-old daughter, Zoya. The duo are champion sprint dog racers in North Pole, Alaska. Anesia has worked hard and long to become a reputable dog breeder, drawing buyers from all around the world.

Zoya longs for the dad she’s never met. She’s driven to succeed, to be like him. Zoya finds herself thrown into intrigue and suspense when she witnesses a murder while exercising her dog sled team. Her life is plunged into continual threats of danger and she struggles with conflicting emotions in all areas of her life, particularly with her relationship with the Lord.

Anesia is forced to face the fact that she can’t fully protect her daughter, and deals with learning to step out in faith and trust God with her daughter’s life. Both battle feelings of jealousy toward the relationship of their dear friends, Cole, Jenna, and Andie Maddox.

Sean Connelly desires a fresh start and takes a job at Anesia’s kennels after walking to Alaska from Boston. He’s hired as a worker, but also to help protect Zoya. The story escalates when Sean finds macro-chips with military secrets embedded under the skin of Anesia’s dogs. With the discovery, threats on Zoya’s life escalate. He needs to overcome the issues from his past in order to have a future with this mother and daughter.

I found Race Against Time to be a wonderful read which I highly recommend.

* This book was provided free for review by the authors and B & H Publishing Group.
Posted by Jodie Wolfe at 3:52:00 PM 1 comment:

Today has been a wonderful day celebrating my son's 18th birthday. A highlight for him was being able to take off and fly an airplane. What a privilege to be his parents. We pray for great things in his life as he follows God. 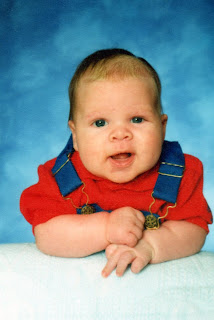 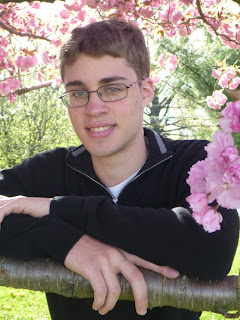 It's been a little over two months since I began my journey to learn more about peace. The more I read and study about this word using God's Word as my reference, I have been discovering many layered meanings to it. My first area of focus has been on anxiety and peace. One of my favorite scriptures that addresses this is Philippians 4:6-7. "Do not be anxious about anything, but in everything, by prayer and petition, with thanksgiving, present your requests to God. And the peace of God, which transcends all understanding, will guard your hearts and your minds in Christ Jesus." I've been amazed at how far God has brought me in the past two months, and how much I've grown in this area. Anxiety and worry have been an area I've struggled with most of my life. But I can honestly say that it now is an area that I've conquered. I've learned the only way to be free from worry and anxiety is by following Philippians 4:8-9. "Finally, brothers, whatever is true, whatever is noble, whatever is right, whatever is pure, whatever is lovely, whatever is admirable—if anything is excellent or praiseworthy—think about such things.  Whatever you have learned or received or heard from me, or seen in me—put it into practice. And the God of peace will be with you."

As I've been reading through my Bible, I have learned that peace is often used in conjunction with other attributes as well. here are just a few examples.

Many of these topics have more than one scripture associated with them. I listed one with each to get you started in discovering more about God's peace. I look forward to learning more along this journey I'm on, growing in peace.
Posted by Jodie Wolfe at 10:22:00 AM 2 comments: